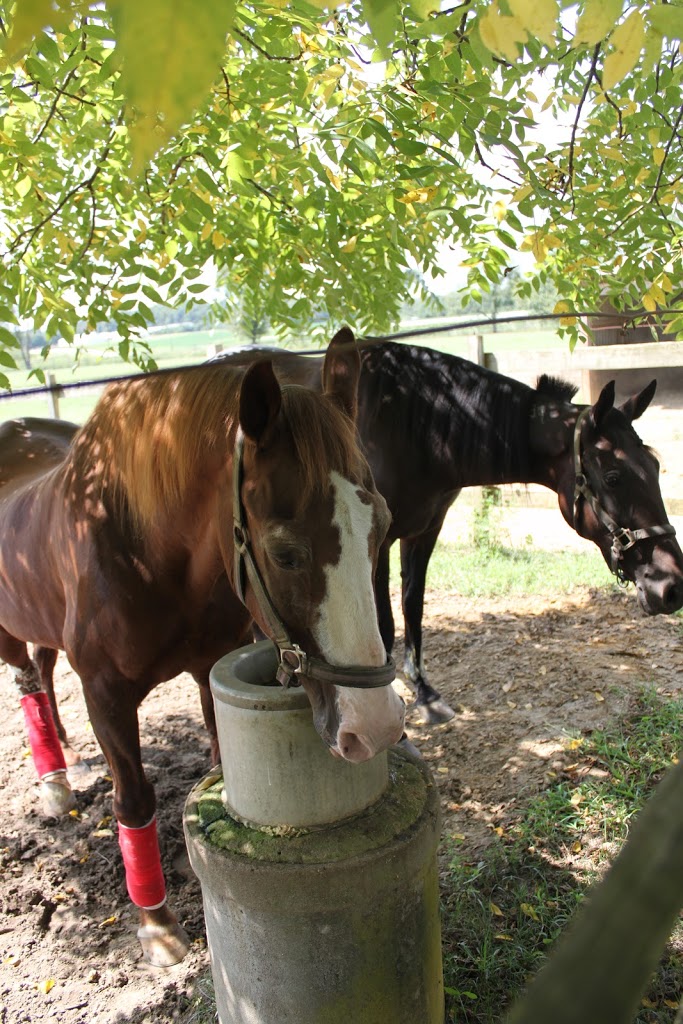 What a relief that the weather has taken a turn from stifling humid to refreshingly pleasant! I can finally frolic with my pasture mate HugMe Christi without breaking a sweat. It’s even pleasurable to graze out in the sun for a little while these days, since I don’t find myself sweating off all of the coveted fly repellent my humans spray on me. Yes, we may be experiencing the glorious beginnings of fall, but farm pests will be sticking around for a while longer. If you haven’t been told all of the fly control secrets yet, then let me give you a heads up for next year…

Have you heard the tip about pulling out a weed from the root so that it doesn’t come back? Well it’s kind of the same idea with flies; knowing were these buggers come from is half the battle. Just like the common house fly buzzing around your home, the stable fly annoying me in the paddock can also reproduce in manure and garbage. This means that the only way to keep the fly population down is by keeping our environment clean and sanitized! This is all the more important because stable flies will travel long distances from other farms to yours. Sometimes you might also encounter the greenhead fly. This is the one that makes my head turn and tail whip! These nasty flies originate in marsh areas and hover around our farms waiting for their next bite. In order to research these pesky flies, professors at Rutgers University created a box trap. It was so successful that people started making them for their own farms, and they almost completely wiped out their greenhead fly population! Take it from the horse’s mouth… try it yourself!

Once you start to see flies appear you must immediately take action to keep the problem under control. There are many preventive insecticide and bio-control methods that prove to be successful. I will rate my top three favorite methods (from experience) below.

1) Biological Fly Control (or… the miracle method)
This method introduces a “predator wasp” that attacks at the source, feeding on the fly larvae population. The Rutgers University farm, for example, uses “wasp larvae,” which lay their own eggs in the fly pupea essentially using the fly eggs as sustenance and emerging as an adult wasp itself. In my opinion, whoever thought of this is a genius! Now I can play in the fields or stand in my shed without stomping my feet every three seconds, or waking up with flies in the corner of my eyes! Yuck! The wasps don’t bother me or my humans and they are not unsightly like hanging fly tape 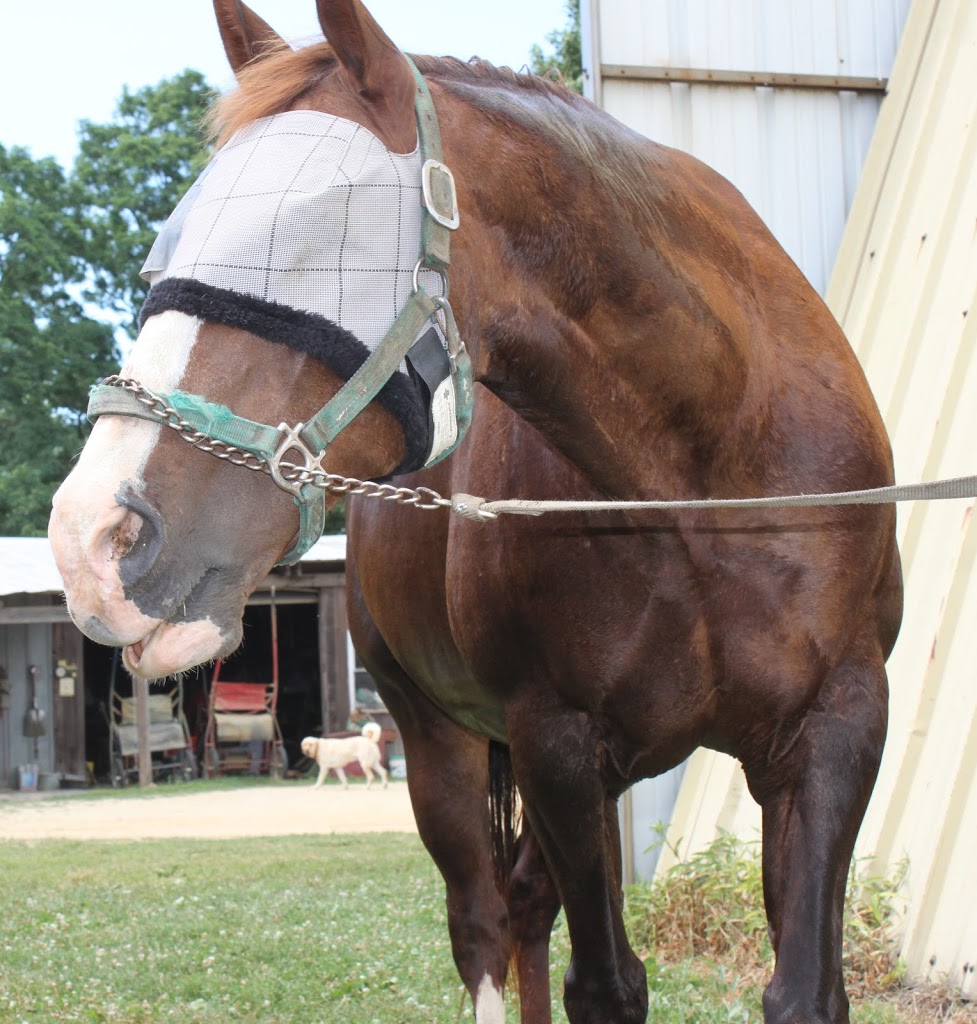 2) Insecticides (or… the three out of five star method )
Fly sprays are typically the first thing that humans think of when considering pest control. But on hot summer days when there’s sweat or rain or a truly determined fly, this method doesn’t stand a chance because the repellent is just wicked away. Companies have made insecticides that are similar in application to putting sunblock on for humans. For fly repellent, you can use sprays, misters, creams, roll-ons, wipe-ons, clip-ons, you name it, they’ve got it! Yet, horses have the same problem with fly repellent as humans have using sunblock; you have to reapply every few hours for maximum results. This can turn into a tedious, tiresome routine that usually lasts until the bottle is empty. One tip is to look for the pyrethrin ingredient in the solution. Overall, fly repellents get three out of five stars for efficiency, cost and environmental impact.

3) Masks, Sheets and Other Horse Clothing (or… the frills method)
I find horse clothing is somewhat used in conjunction with the insecticide method, and has a similar success rate. Putting a first defense buffer between me and the flies is a smart idea, but it had two downfalls. First, there are holes in it, which means it’s already only half effective. Two, it increases my desire to sweat, which creates another uncomfortable physical state and other potential problems if not controlled. Face masks are helpful for giving my eyes a rest, but they also decrease my instinctual desire to see clearly around me. This con, however, is not vital because I am safe and secure in my pasture.

Overall, there are many paths to take when considering fly control on the farm and you have my rating on the top three. This is an issue that requires lots of attention during the summer months, so although we’re just about to enter fall, it’s not too soon to start thinking “fly control!” now! Remember to increase your barn cleanliness and sanitation if the flies are having a party at your neck of the woods. Remember, fly season doesn’t end until the first frost! Good luck and happy planning!