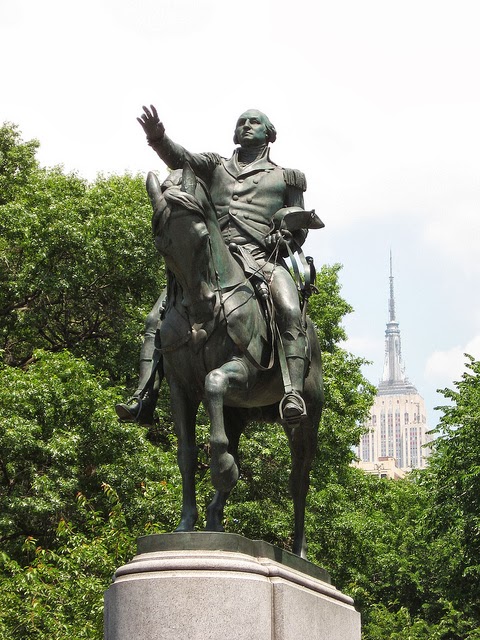 Over the last couple rainy days I have taken to reading some of my old Alma Mater textbooks. Of course, since Memorial Day is fast approaching, I’m chomping at the bit to jump into the stories of our soldiers (and their steeds) that we are all memorializing. You won’t believe what I found out, just by 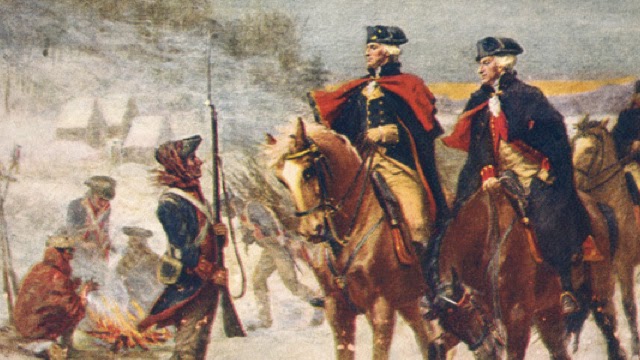 doing a little digging! I think I may have found my long lost cousin, too! You have to hear this…

What an adventure I have been on since I opened up my old history books! The first things that might pop into your mind when someone says Memorial Day are the red, white and blue balloons, parades and BBQ’s, but the reason we are celebrating is to remember all of the soldiers who have fought for our freedoms over the last few hundred years! Whooa! That’s a long time! One soldier in particular, who I share more similarities with than I thought and was an iconic leader, is George Washington. Yes, he led many American armies into battle and, yes, he became the first president, but do you know what else? George Washington had a horse named Nelson!

Here’s the story. In 1763 a foal was born on the farm of Thomas Nelson of Virginia. Over the years he grew up to be a strong, calm, chestnut beauty with a white face and white legs (Kind of like me! Except for the socks). When the horse turned 15 his owner sent him to live in New York with George Washington as a gift because Washington was having trouble finding a new horse to ride. Washington named his new mount “Nelson” after his old owner, and they became inseparable from each other. Nelson was Washington’s favorite horse to ride for pleasure and battle. 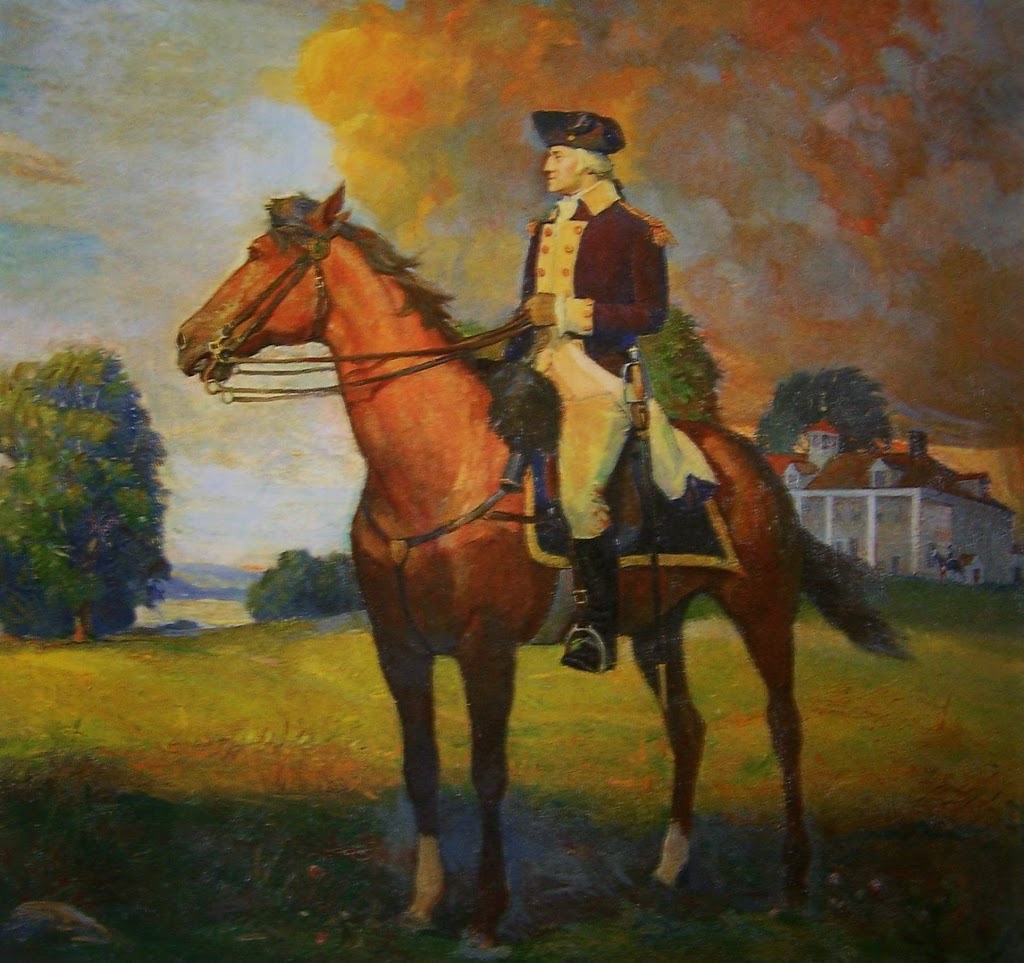 Nelson and I share some really cool qualities! For one, we both are bombproof horses (take my word for it). It has been said that Nelson was Washington’s favorite, particularly because he never flinched during battle, even when the cannons were firing right next to him! I don’t know about you, but most horses and humans would get spooked if a cannon were to go off next to them. You might think that cannons are just from the “olden days,” but when I was working as the Scarlet Knight mount at Rutgers University during football game days, there actually was a time when the touchdown cannon unexpectedly fired in the middle of the game! Everyone screamed in surprise, but I just stood there content to watch the players on the field. Just like Nelson, I don’t get scared of cannon fire either!

Similar to myself, Nelson was retired after a long career to relax in the lush pastures of his owner’s farm. He wasn’t ridden after the battles he served with Washington, but he was definitely pampered like a celebrity. Too bad they didn’t have strawberry iced doughnuts back then; I’m sure he would have loved them!

In order for Nelson to do his job he had to build up a lot of endurance to trek long distances with his rider leading armies. Even today, horses still need to build up their endurance to stay fit and healthy, no matter what age they are! At the Equine Science Center, we put horse care and well-being at the top of our priority list. This is why we do research on the high-speed equine treadmill (that you can see at our Open House on July 24th)! Before you get to experience a live demonstration at the Open House, you can run a treadmill test all on your own by playing the Equine Science 4 Kids’’ new game, “Exercising HorsePower!!”

I hope that you all have a memorable Memorial Day! Remember that cool stories are only as far as your nearest textbook!

Get "S-E-T" for Parasite Prevention!