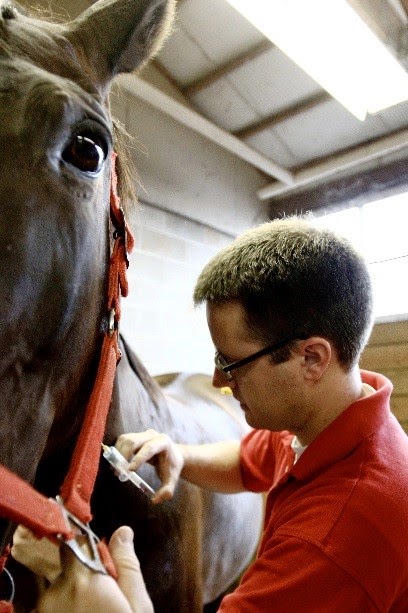 After five long, hard years working at the lab bench and out in the Treadmill Barn with my gal pals at Rutgers, Ryan Avenatti has finally earned his Ph.D.! Now, he will be Dr. Avenatti!

I was going to give him doughnuts as a graduation gift, but…unfortunately, I ate them… So, I’m writing a blog all about him and his research to make up for my insatiable sweet tooth. This Monday, he presented his research entitled, “Effects of age and acute exercise on mediators of inflammation and energy homeostasis in horses”. All those fancy words, pretty much mean, how a horse’s exercise physiology changes with age. 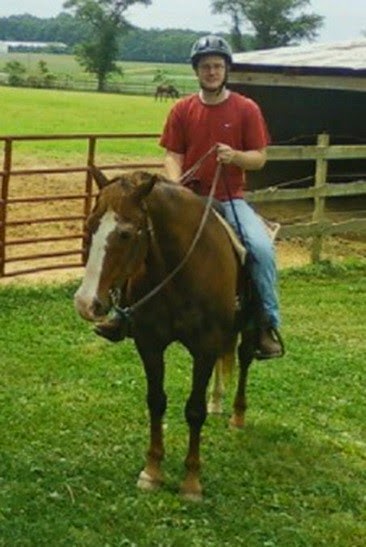 First, he wanted to determine how well older horses mobilize their energy supply during exercise by measuring lactate and cortisol. Lactate is produced during exercise and helps give the muscles more energy to continue working. In the older horses, the lactate concentration did not go as high and quickly diminished compared to the young horses. Cortisol is produced by the adrenal gland following exercise, and works by telling the liver to produce more glucose for working muscles to use. Cortisol in older horses diminished faster following exercise than in the younger horses. The older horses couldn’t perform as well as the young horses, probably because their muscles were running out of fuel!

Second, as horses age, more inflammatory cytokines (a type of protein) are produced which can lead to decreased insulin sensitivity. Dr. Avenatti looked for changes in cytokines following exercise, including IL-1β, which helps repair tissue. These barely increased as compared to the young horses! This means that an older horse is sore for a lot longer than a younger one, which can easily heal the damaged muscles.

He also looked at heat shock proteins (HSPs), which are chaperones or “proteins” that help assemble other proteins. Kind of like parents helping their children get dressed in the morning. During exercise, some of these other proteins fall apart like a child’s jeans getting ripped from playing and the HSPs sew them back together. In older horses, this process doesn’t happen as effectively following exercise. However, Dr. Avenatti determined that HSP expression would be a great biomarker of a training program’s effectiveness, especially in older horses.

Part of the third objective of his work was to determine the influence exercise on circulating insulin and glucose. All the horses used in his study were healthy and did not have any metabolic syndromes, like the one I blogged about last October. You can read more about Equine Metabolic Syndrome here. He determined that age alone didn’t change insulin sensitivity but it did alter the timing of insulin production in response to exercise. Insulin was high in older horses earlier than in the young horses, but glucose was higher in the young horses following exercise than the aged horses. Since insulin tells cells to take up and store glucose, Dr. Avenatti’s findings give us a clue that older horses cannot restore their energy reserves as well as young horses following exercise.

After explaining ALL of that, now I know why it took Ryan five years to accomplish his research goals. His contribution will advance equine health by helping aging horses, like me, as well as my two-legged pals, live a long and healthy life. Everyone at the Equine Science Center, including myself, wishes him the utmost luck and success for his future (even, though he called me old in his presentation!) To read more about his research, check out our 2012 Stakeholder Report on page 8 and the 2013 Stakeholder Report on page 13.

And congratulations to all of the 2014 RU graduates!

Buzz-Buzz-Buzz: What’s the Buzz on that Buzzing?